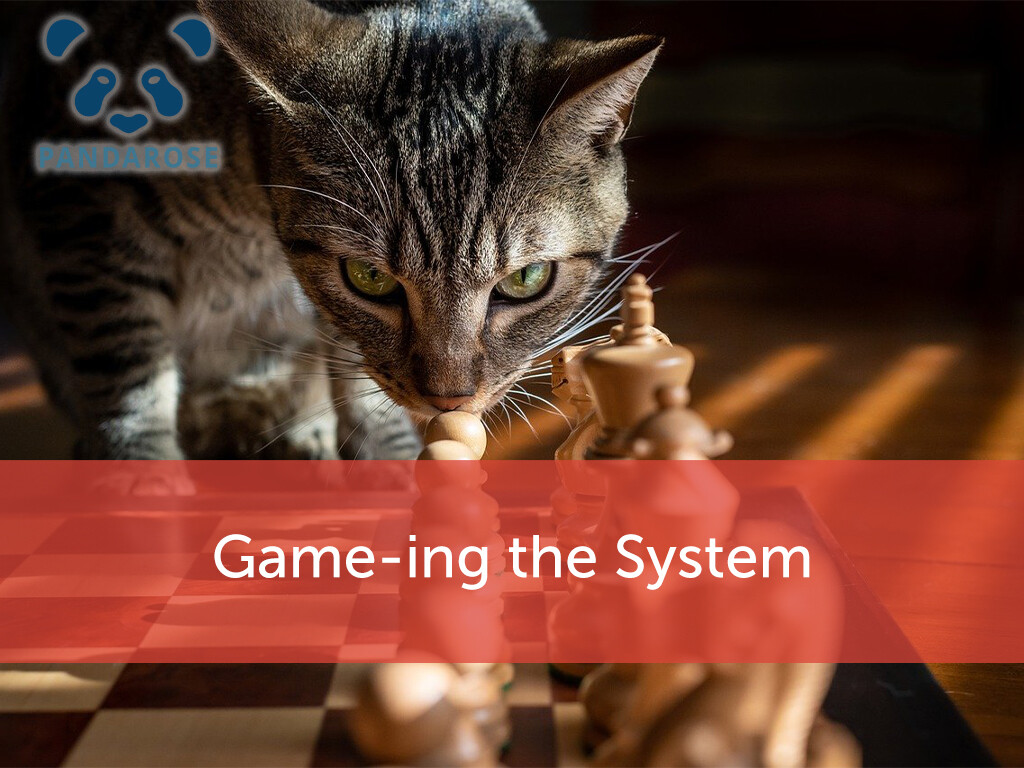 As children, we loved to play games.  Childhood is the age of games.  “Let’s play house,” “Let’s play a board game,” or “Let’s play family of wolves who are having trouble finding food because of the encroaching big city.”  Okay, maybe that last one was just me and my siblings . . . The point is that children primarily learn through games.  What is most effective way to get a child to learn something? Turn it into a game!

Eventually, we grow up.  Games are something that must be put away in favour of more somber pursuits.  They’re too unstructured for regular life, which requires rules and regulations to keep things running smoothly.

But what if I told you that’s not quite true?  Games don’t have fewer rules than real life.  They just have different ones.  In real life, the rule is that in polite society we walk upright.  But in “family of wolves who are having trouble finding food etc. . . . ” the rule is that you walk on your hands and knees.  It’s a different rule but it’s still a rule.  Taking all my monopoly money and stuffing it into my coat is fine, if a bit strange, in regular day-to-day life, but when playing Monopoly it’s called cheating.

This cuts to the heart of why games are important.  They give us the ability to try out several approaches to a problem, also known as lateral thinking.  Lateral thinking is one of the most important tools for problem solving and sadly it’s one of the most overlooked, in part because our brains just aren’t naturally good at it.  Our brains love routine and lateral thinking forces them to step back from the rules we’re accustomed to so that we can see if there is another way to solve the problem.  Because we always do things a certain way, it’s easy to continue doing things that way, but when you play a game you have to step outside of that routine to embrace a new set of rules.

“Working” Out a Game

Of course, I’m not saying that you should get your boss to pay you to play Monopoly. Even if you don’t like board games, or card games, or word games, or any sort of game at all, you can still turn it into a game.  Even work can be turned into a game.  If you take a goal or task you have to complete and make a game out of completing it in the most efficient way possible, in addition to the obvious benefit of work being a lot more fun, you can step outside of your work routine and look for what exactly you can do differently to boost your efficiency, since ultimately that’s what a game is.  “What’s the best way to do this thing as soon as possible.”

Whether the goal is bankrupting your opponents in Monopoly, getting more goals than your opponent in a game of hockey, or even figuring out the best way for your pretend wolves to get food from the fridge upstairs without getting caught, gaming teaches you how to achieve your goal with an (often) arbitrary set of rules and conventions.  It’s a quick jump to being able to use the same tools you build in the game world to achieve your goal with the rules and conventions of the real world.

I’ll leave you with this lateral thinking puzzle.  The answer will be in next week’s post, so try not to Google it until then.  A man walks into a bar and asks the barman for a glass of water.  The barman pulls out a gun and points it at the man.  The man says ‘Thank you’ and walks out.  Why?