10 Amazing Mobile Apps I Actually Use 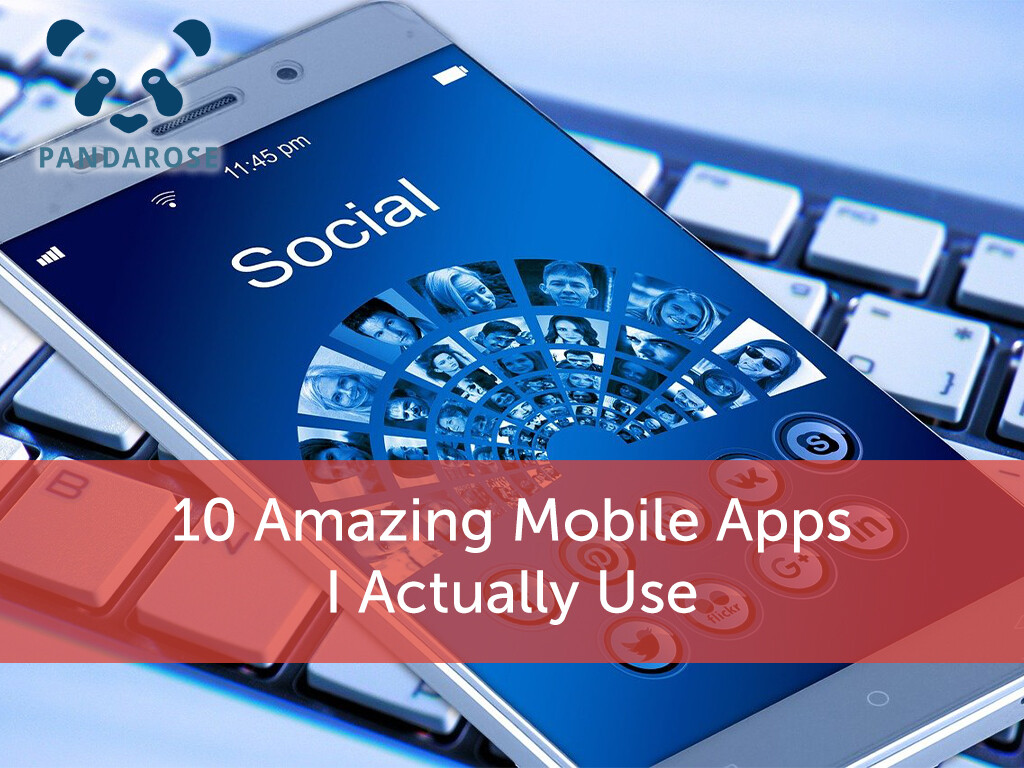 Mobile apps can make your life easier in a lot of ways.  Here are ten great apps I personally use to simplify and improve my life.

Feedly is a news aggregator.  That means it allows you to see all the articles related to different topics or from different sources all in one place.  We’ve got ours set up to show us all the things related to Blogging, SEO, Social Media Marketing, etc.  Ultimately, which news aggregator you use is up to personal preference, but I find that Feedly is sleek and easy to use.  The fact that it’s also available on the web helps since I can always switch over to the desktop too.  The only downside is that since their logo is a rounded square with one corner missing, it drives me crazy.

Microsoft Teams is an alternative to texting, like Telegram, What’s App, and all of those, but in addition to chatting with contacts or groups of contacts, you can also set up teams where people can post and reply to updates and attach files.

Time tracking is obviously important.  Everhour makes the process simple and straightforward.  They have a free plan that allows up to 5 users though if you need more users or integrations you’ll have to go with one of their premium plans.  It works in your browser, as a browser extension, and as a mobile app, which means that you can track your time while you’re in or out of the office with a few clicks or taps.

Did you forget your password again.  Well, it’s not too hard to remember it.  It’s one of the 1,000,000 passwords you use so that should be easy to remember.  Or you could just use 1Password.  If your phone has fingerprint detection capabilities you can fill in all your passwords just with your fingerprint.  And since you don’t have to worry about remembering your passwords (except for your 1password password.  Don’t lose that one.) you can go with those passwords that were written by 10000 monkeys on typewriters.

Kitchen Stories is a cooking app with a major advantage.  In addition to the free recipes  in the app and added to it by users, it also includes free instructional videos on various cooking techniques making it easy to follow along while you cook.  I used it to learn how to make the perfect poached egg and now my eggs benedict is to die for.

It’s hard to pick a favourite between the big three in cloud storage and file sharing.  Dropbox has the least free storage but it still has its benefits.  It would be a lot longer of a blog post if I went into which one you should go with and why.  I just think you should go with at least one of them.  That way you can easily access important files on any of your devices.

Apple’s built in podcast app is alright, I guess.  But Overcast is where it’s at.  It’s ridiculously easy to sort podcasts from newest to oldest, oldest to newest, or even sort the unplayed episodes one way and the other episodes another.  More importantly, since Apple removed their playlist feature, it’s easy to create playlists and smart playlists for yourself.  It’s only for IOS, but there are free apps out there that do similar things for Android if you can’t stand android’s built in podcast player.

I’m probably not telling you anything new for this one, but Duolingo is definitely one of the most fun ways to learn a language.  I’ve been doing their Russian course and I’ll probably try out their new Latin course too.  If you haven’t heard about Duolingo before, they are

A few years ago, the scanner attached to my printer stopped working.  While trying to repair it I discovered Scannable.  To this day, my printer’s scanner still doesn’t work.  Scannable is an app that allows you to scan documents using your phone’s camera.  You’d expect a low-quality scan, but I’ve been able to get better quality scans using Scannable than I get from the office printer.

My wife got me hooked on budgeting.  Our life is so much easier to manage now that we’ve budgeted it.  The app we used to help us manage that budget is Every Dollar.  If you’ve heard of Dave Ramsey, you’ve probably heard of Every Dollar since it’s his app.  It’s great.  It’s easier to use and gives a clearer picture of your budget in my opinion than Intuit’s Mint which is the most popular budgeting app.

By the way, the answer to the riddle in my last post Game-ing the System is: The man had the hiccups.  So the bartender pulled out the gun to scare his hiccups away.